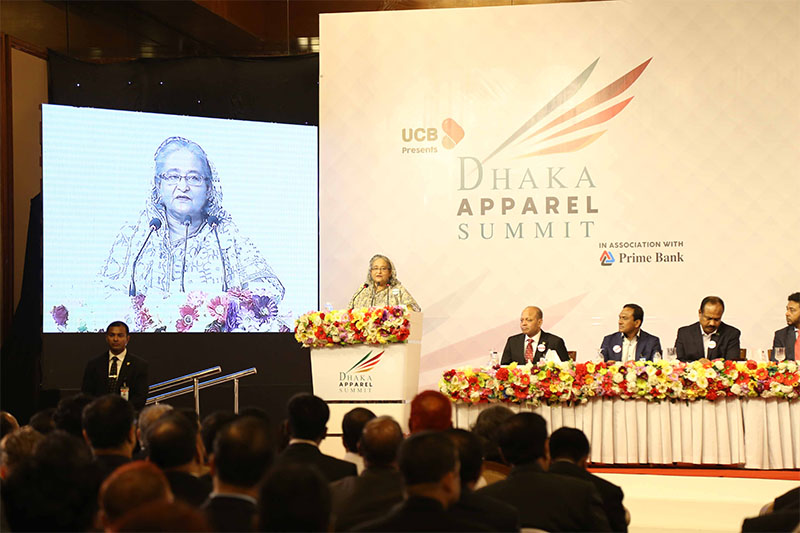 The second edition of the "Dhaka Apparel Summit 2017" which kicked off here Saturday was aimed at securing a more sustainable apparel supply Chain. It was a prime event on Bangladesh's 28-billion-U.S.-dollar ready-made garment export industry.

As a sequel to the success of the first Dhaka Apparel Summit taking place in 2014, the daylong second edition with the theme "Together for a better tomorrow" was organized by Bangladesh Garment Manufacturers and Exporters Association (BGMEA) in collaboration with Bangladesh Apparel Exchange (BAE).

Organizers said the main aim of the summit was to explore priority areas for turning Bangladeshi readymade garments into a sustainable sector to set the next course of action plan on achieving the country's 50 billion U.S. dollars RMG export goal by 2021.

According to the organizers, the summit featured three main panel discussion sessions, offering an open and inter-active environment, and allowing full audience participation and the opportunity for a valid exchange of ideas.

The discussion sessions were attended by some 85 speakers from both1 home and abroad.

Sources said the summit also discussed questions about the commitments of factory owners and their global buyers to providing safe working conditions in Bangladesh's 28-billion-U.S.-dollar export sector, which comprises about 5,000 factories employing more than 4 million workers, 80 percent of whom are women.

According to the Export Promotion Bureau (EPB) data, readymade garment exports grew at slower 4.14 percent pace to 16.41 billion U.S. dollars in the first seven months of the current 2016-17 fiscal year.