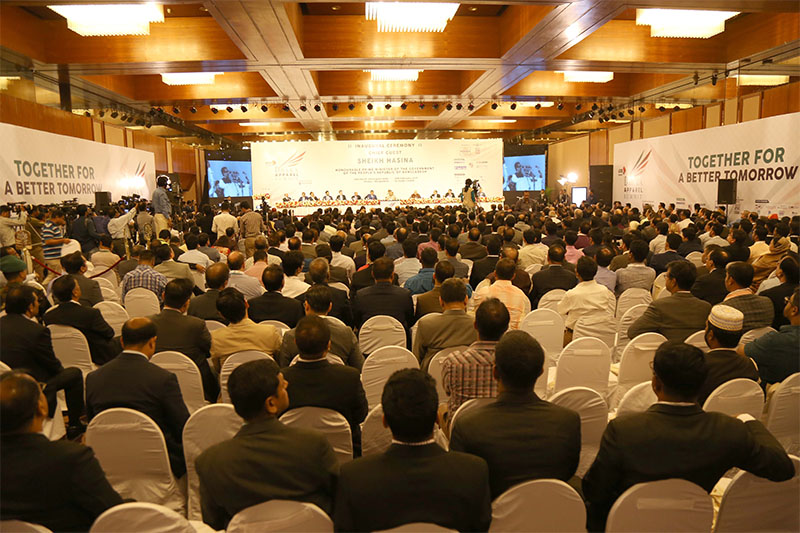 The second edition of Dhaka Apparel Summit 2017 will be held on February 25 with the theme of ‘Together for a better tomorrow’.

Bangladesh Garment Manufacturers and Exporters Association (BGMEA) is organising   the second edition of the Summit.

The first Dhaka Apparel Summit was held in 2014. Prime Minister Sheikh Hasina is expected to inaugurate the day-long summit at Hotel Pan Pacific Sonargoan in the capital, said BGMEA President Siddiqur Rahman while speaking at a press conference at the Apparel Club at BGMEA Bhaban in the city on Sunday.

The event will showcase the progress of initiatives taken to improve the safety standard and condition of the workers in the RMG sector following the factory disaster in 2013.

The day-long summit will be divided by nine interactive sessions, over 85 speakers from home and abroad would be participate. In addition, top representatives from 25 brands and 15 globally renowned academics will attend in the event.

The Summit will hold three panel discussion sessions in the afternoon, offering a more open, inter-active environment, allowing full audience participation and the opportunity for a valid exchange of ideas.

Pierre Mayaudon, Ambassador and Head of the European Union Delegation to Bangladesh, Johan Frisell, Ambassador of Sweden to Bangladesh, Hedayetullah Al Mamoon, ndc, Senior Secretary, Ministry of Commerce, Srinivas Reddy, Country Director of ILO Bangladesh among others will be attend as a speakers.

Bangladesh Apparel Exchange (BAE) is the implementation partner of the Summit, while United Commercial Bank is the title sponsor.